New Album
“Songs of the Firebird”

New Book
“The Way of the Zen Cowboy: Fireside Stories from a Globetrotting Rhythmatist” 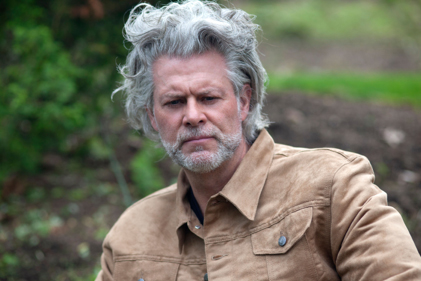 It has been a very creative couple of years for Grammy-winning percussionist, composer, producer, and storyteller Barrett Martin. In 2017 he won a Latin Grammy for his album production work in Brazil; he released his first book, “The Singing Earth: Adventures from a World of Music,“and he released his 6th solo album, “Transcendence.”  2018-19 proved to be no less fruitful, and the efforts of those years have resulted in 2 new releases, including his second book, “The Way of the Zen Cowboy: Fireside Stories from a Globetrotting Rhythmatist” (Sunyata Books), and his first ever double album, “Songs of the Firebird” (Sony Entertainment/The Orchard). The new book and album, released on May 10th, can be seen as two sides of the same coin, an exercise in classic storytelling, adventurous music, and the beautiful evolution of the human spirit.

“Songs of the Firebird” is composed of 20 instrumental songs that serve as a parallel soundtrack to the narrative of the new book. The album is also available both as a CD and in all the digital and streaming formats through Sunyata Records. Using the same musicians from his previous “Transcendence” album, Barrett takes a more sophisticated and adventurous approach on their 7th studio album, embracing everything from modern jazz, to Afro-Latin rhythms, to ambient and electronic music, all of which feature the best and brightest jazz musicians in Seattle, as well as special guests Peter Buck (guitarist for REM), Wayne Horvitz (New York jazz legend), and Kim Thayil (guitarist for Soundgarden).

“The Way of the Zen Cowboy” (Sunyata Books) is a new collection of short stories, 35 tales in all, which are based on Barrett’s personal experiences in environments around the world, as well as wisdom tales heard directly from indigenous elders, his grandparents, and some of the cowboys and veterans he was mentored by. These stories are built around 7 themes that are highly important in the development of a human being, particularly in the dramatic and politically charged times in which we live. The book also comes with a digital download of the new double album from the Barrett Martin Group, “Songs of the Firebird.”

Throughout these stories and compositions, the reader and listener are transported through different stories and sonic landscapes across the American West, as far south as the Amazon rainforest, and as far north as the Alaskan Arctic.

BARRETT MARTIN has been studying Soto Zen for almost 25 years. He also holds a master’s degree in ethnology and linguistics, but is perhaps best known as the drummer for the rock bands Screaming Trees and Mad Season, as well as being a Latin Grammy-winning drummer/percussionist, composer, and producer who has performed on over 100 Rock, Blues, Jazz and World music albums. His work can be heard on albums by REM, Queens Of The Stone Age, Mad Season, Screaming Trees, Walking Papers, Tuatara, Blues legend CeDell Davis and recording sessions that range from the Peruvian Amazon, to Brazil, Cuba, Jerusalem and the Alaskan Arctic. Barrett has taught at several universities in the United States, and has written essays for Riot Material and The Huffington Post. In 2014 he was awarded the ASCAP Deems Taylor/Virgil Thompson Award for excellence in writing. His first book, “The Singing Earth”, was released in 2017, and his second book, “The Way of the Zen Cowboy” was released in 2019. His solo band The Barrett Martin Group, as released 8 studio albums to date.