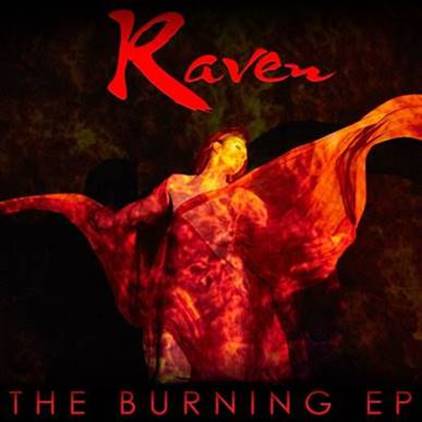 After the release of the single ‘Phoenix’ on March 24th, Raven prepares to release her first EP, The Burning on May 12th. Upon the release of Phoenix, The Huffington Post featured Raven and world premiered the “Phoenix” video. Raven is quoted in the article saying “The song is an epic tribal victory anthem”.

All songs on the EP are written by Raven and four songs were produced and arranged by 2x Grammy-nominated producer, Jimmy Greco. He has produced and remixed some of today’s top artists including: Paramore, Jennifer Lopez, Beyoncé, Britney Spears, Miley Cyrus and more.

The five songs on the EP are “Right Here Right Now”, “Phoenix”, “Running for Cover”, “Burnin’ Up” and “Live Like We’re Dying”. Raven wrote ‘Right Here Right Now’ for all those who doubted her through the years and for anyone else that feels the same way when trying to make their dreams come true.

‘Phoenix’ is a song that embodies Raven as an artist. She says “I want to bring out that warrior inside you that gives you the strength to go through life with your head held high. To bring out the stronger side of people psychologically, emotionally and spiritually. The phoenix, rising from the ashes, brimming with new, vital life, symbolizes the ability to break free of bonds and summon the strength not only to survive but to triumph, to persevere – repeatedly and determinedly, without looking back. It charts our journey of transition – from dark to light, from weakness to strength, from hopelessness to newfound freedom.

The concept of ‘Running For Cover’ was inspired by a Hans Christian Andersen story about a ballerina and a tin soldier. It is a fairy tale about true love ending up in flames. The song explores the boundaries between how society sees an ideal relationship and how they actually form in real life. Our lives don’t always unfold the way we imagine them, nor does love and the way we fall into it.
‘Burnin’ Up’ is about combustion and going fast! Raven came up with the lyrics while being on a plane with the burning kerosene and powerful motors in mind.

‘Live Like We’re Dying’ is a call to action to aim even higher with each and every day. To make a difference in this life, to do something you can be proud of and live a good life with the precious time that you have on this earth. As Raven says: “It is something that I keep reminding myself of every day… my daily mantra. It is what I am passionate about. Before it all fades away…I want to be able to say that I truly lived my life to the fullest!”