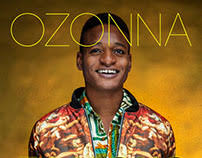 Ozonna Launches Debut U.S. EP, Believe It to See It 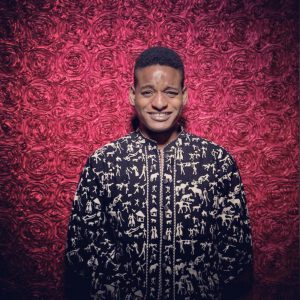 London’s newest import, Ozonna, has released his debut EP, Believe It to See It, through an arresting fusion of pop, dance, African rhythms and other world music influences. His original lyrics are engaging and traces the 21-year-old singer/songwriter’s musical journey from Nigeria to London and currently to New York, where he now resides.

Hearing is indeed believing. Blessed with an acute ear for skillfully blending diverse rhythms, penning insightful lyrics and vocals ranging from bass to falsetto, Ozonna showcases those talents on the five-song suite comprising his new EP.

“I wrote the lead single and title track, ‘Believe It To See It,’ while reflecting on how far along I’ve come with my music,” says the Nigerian-born Ozonna. “From London to New York, recording an EP and album, and working with people I couldn’t have imagined a few years ago … A lot of things I’ve wanted for a long time are coming together.”

Ozonna’s left-field yet colorful perspective also shines throughout the video for the single “Believe It to See It”. Directed by Blake Farber and filmed in South Africa, the video fully captures the song’s tribal and African influences as well as the raw energy pulsating throughout the EP.

While living in London, studying vocals at London’s Institute of Contemporary Music, Ozonna began performing around the London club circuit. The series of performances were so well received that he released his infectious debut single and video, “Me and You on Top,” generating a growing buzz. The ensuing momentum propelled Ozonna’s move to New York last year to record his debut EP Believe It to See It.

“My music is multi-cultural,” says Ozonna. “It’s not a Nigerian, New York or London thing. I can tell different stories everywhere.”