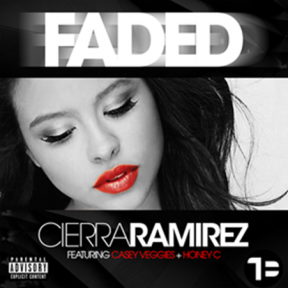 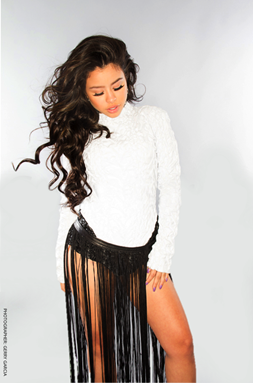 Cierra Ramirez, star of the hit television series “The Fosters” on Freeform, has announced that her much anticipated debut album entitled Discreet is set to be released on June 20 – the same day as the Season 4 Premiere of the award-winning show.

Texas native Cierra has been working on her urban/pop project over the past year with Executive Producer and Young California on-air personality DJ Carisma of LA’s Real 92.3 (2016 Global Spin Awards Female DJ of the Year), who says about Cierra: “A lot of artists and projects get presented to me, but Cierra has that something special that I knew my listeners would react to. We cut some great records and Cierra slayed on the vocals and shines in the video. Young California welcomes a new “Young Queen.”

Pre-orders for the album start June 3rd, the same day that Cierra plans to launch her exclusive “BooThang” merchandise line.

Newcomer Cierra Ramirez has taken the Hollywood scene by storm over the past couple of years as she continues to land key character roles in high profile network series and major studio film releases – including her current role on the hit television show “The Fosters” executive produced by Jennifer Lopez, and Lionsgate’s 2012 release of “Girl in Progress” starring Eva Mendes and Matthew Modine, for which Cierra was awarded both the ALMA and Imagen Awards for “Best Supporting Actress/Feature Film.”

The first radio single off the six track EP is entitled “Faded” and features Epic Records’ recording artist Casey Veggies and Young California’s own Honey C.  Follow-up singles include performances by Atlantic Records superstar singer/rapper TyDolla$ign and young social media sensation Dylan Holland. The album is Co-Executive Produced by Damon Sharpe (Jennifer Lopez, Ariana Grande, Alesso) and Clayton William (John Hart, Robin Thicke, Flo-Rida, Justin Bieber).  The project is backed through a joint-venture between indie label Tribeca Music Group and music veteran Ghazi Shami of EMPIRE Records/Distribution, who remarks: “We’re excited to partner with Tribeca Music on Cierra’s debut EP.  She’s built a tremendous brand as a successful actress and EMPIRE is excited to help her to do the same as a recording artist. Cierra is super-talented and exactly the kind of mainstream artist that we can help take all the way.”