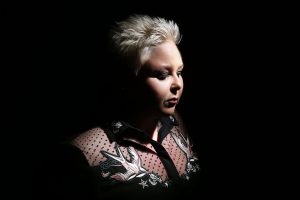 Singer/songwriter Chey, has released a new remix of her single ‘She’s Got You” transforming the original smooth pop production into a high-energy dance floor anthem. Produced (and remixed) once again by London producer David Ezra, who has worked with X Factor finalists ‘Reggie and Bollie’ who have had over 4 million hits on YouTube. Co-written with Texas born, American singer/songwriter Tre Nation who for the past decade has collaborated with artists worldwide from the UK to Asia.

She’s Got You tells the story of a man’s infidelity and a woman’s lost love. Speaking on the track Chey says: “She’s Got You deals with the feelings of loss and rejection, losing someone can be a poignant moment in your life, it can also be the moment where you find your strength.”

Much of Chey’s early career was spent performing hundreds of charity gigs for the Welsh miners during the 1984 miners’ strike, which lasted a year and devastated the South Wales valleys. Chey helped to raise thousands of pounds to buy food for starving families in areas that suffered hugely from deprivation and community breakdown. Since then Chey has been performing live throughout the UK at various events as well as appearing on a number of national television shows, including ‘Saturday Superstore’ and ‘Sky Star Search’. During this time Chey received support from Chris Needs MBE (BBC Radio Wales) playing her music and introducing audiences to her unique style.